Professor of Anthropology Cathy Stanton talks about the development of the new minor, food systems and nutrition, in front of Eaton Hall on April 14. Maria Ferraz / The Tufts Daily

A new six-course Environmental Studies (ENVS) minor on food and nutrition systems was approved last month for launch in the fall 2016 semester as part of the ENVS program, which currently includes the five-track ENVS major and the environmental science and policy minor offered to engineering students interested in environmental studies.

According to ENVS Program Director Professor Colin Orians, the minor will focus on the importance of sustainable food production and access to quality food, among other nutrition-related topics like the current ENVS Track IV major, food systems, nutrition and the environment.

“For a number of years, we were hearing students wanting to do a minor focusing on food systems,” Orians said. “Given that we have a strong Nutrition program, it made sense to create an environmental track within the major.”

Cathy Stanton, senior lecturer in the anthropology department, is the advisor for the minor, which was developed in consultation with faculty members on the ENVS Executive Committee, the Office of the Dean of Arts and Sciences and the Friedman School, according to Sara Gomez, assistant director of the ENVS program.

According to Gomez, the food system and nutrition minor was created in response to the strong interest about food systems at Tufts expressed by both students and faculty.

“We have a number of faculty working on food-related issues in different departments at Tufts…not to mention all the great work being done at the Friedman School of Nutrition [Science and Policy],” Gomez wrote to the Daily in an email. “Within the student community, you will find countless student groups dedicated to food like Food for Thought, Tom Thumb’s [Student] garden, The Tufts Culinary Society, etc.”

Orians explained that the “food systems, nutrition and the environment” ENVS major track was very popular among students, often as a double major.

“Some students did not fit into a double major with ENVS, so we thought there was room for a new minor,” Orians said.

The creation of the minor was the obvious next step to formally bring together faculty and student interest under a common umbrella, Gomez said.

“My hope for students completing the minor is to give them a solid and cohesive understanding of our food systems,” Gomez added. “I hope we prime them to start asking questions about the food they are consuming and how it impacts themselves, the environment and the society they live in.”

She explained, however, that the task of creating an interdisciplinary program that integrates faculty interests in a comprehensive manner can be tricky.

“Colin Orians managed to do just [that] by bringing together a large number of faculty from very diverse departments to put together a proposal last spring,” Gomez wrote. “Almost everyone at Tufts working around food issues was consulted about the minor at some point.”

Orians explained that getting the minor approved involved a yearlong process comprised of several meetings with the ENVS Curriculum Committee, which finalized a plan by October 2015.

“We started in March last year, kept meeting in the summers and the fall, filled a number of forms and submitted [our proposal] after getting vote of the entire faculty,” he said.

Orians agreed that the process of creating the minor was extremely collaborative.

“There were quite a few faculty [members] interested in this…so it wasn’t very difficult to initiate this,” Orians said. “I feel Tufts is very receptive to faculty willing to take the lead to create a new program.” 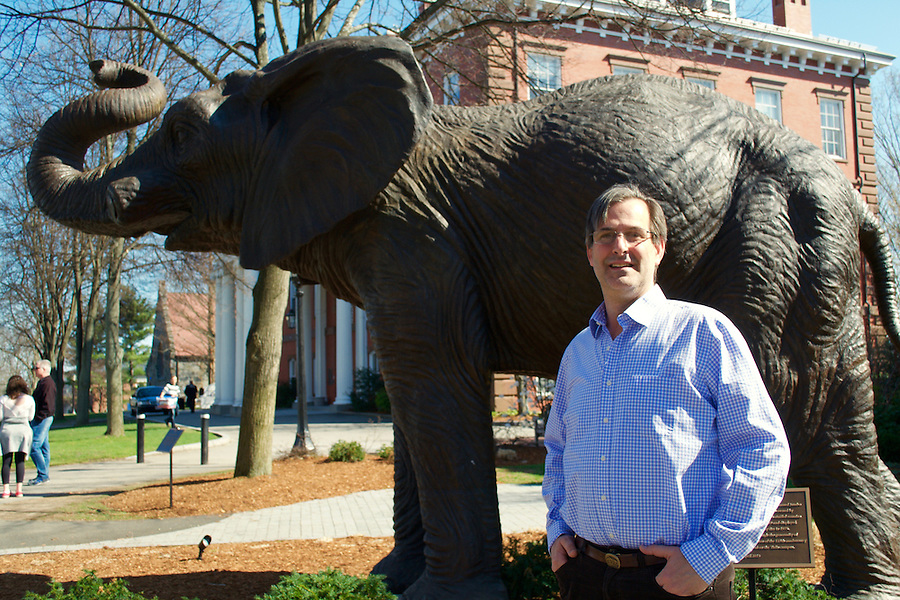 According to Gomez, many students seem interested in the new minor.

“We are getting fantastic enrollments so far in the new interdisciplinary class that serves as a gateway for the minor,” Gomez explained, referring to the ENV 009 Food Systems course.

Gomez explained that the vision behind the ENVS program is to provide a platform where people can teach, conduct research and learn about food issues, regardless of their backgrounds and interests.

“Whether students are interested in social sciences or natural sciences, we want to provide a hands-on curriculum that allows students to obtain real-life experiences,” Gomez added. “We want them to have a broad understanding of the food systems while at the same time being able to specialize in a particular area such as sustainable production, policy, nutrition, etc.”

Josephine Watson, president of Tufts Food for Thought — a club dedicated to promoting discussion on contemporary food issues —  said she believes it is extremely important to study the cultural and historical aspects of food in order to understand the food system in general but also explained that it is necessary to take classes to gain political and economic context.

“For this reason, I believe the vision behind the new ENVS minor program is to allow students with a passion for food systems to concentrate on various modern issues surrounding food production and consumption, while also focusing specifically on a major, such as political science, anthropology or economics, that will provide them with applicable skills with which to work on issues within the modern food system,” she said.

She expressed positive sentiments on how the new ENVS minor can help Tufts students to approach the intriguing, cross-departmental subject of food systems in a manageable way.

“I also feel as though it’s a big step for the university, towards embracing the subject of food systems as a dynamic new area of study that, due to its relation to sustainability and the well-being of future populations, is increasingly important in the modern world,” Watson said.