Jeffrey Cukor (A '90) talks about his time as a TEMS member during the first years after its founding at the TEMS' 30th anniversary celebration at 51 Winthrop on April 24. Alex Knapp / The Tufts Daily
Paid Advertisement

Jeffrey Cukor (A ’90) opened the event by speaking about his experience as one of the first four original members of TEMS. A number of other alumni then spoke about their previous experiences on TEMS, followed by Cukor sharing photos of the program’s alumni.

TEMS Medical Director Dr. Stacey Sperling then reminisced about the progress of the group and praised its success. She explained that some prospective students have said to her that the state of the TEMS program has been a determining factor in their college decision processes.

The celebration was organized by TEMS officer Rosie Quinn, in conjunction with TEMS’ advisor Geoffrey Bartlett and Gina Regonini, the Shared Interest Group coordinator from the Office of Alumni Relations, Quinn, a junior, said.

“The planning for this celebration began at the end of last semester with a brainstorm of the general format of the event …” Quinn told the Daily in an email. “Additionally, we were lucky to have input from a group of alumni in many of the logistic decisions in the planning of the event.”

She explained that connecting with alumni, who represent the long history of the program, was a key focus of the anniversary.

“I hope that the 30th Anniversary luncheon serves to create a stronger connection with our alumni base,” she explained. “I think it’s a shame that in our history thus far, we haven’t reached out to the alumni more frequently. They stand to serve as a tremendous resource to our current membership, and it was such a pleasure meeting those who were able to come on Sunday.”

The inception of TEMS traces back to the fall of 1984 when founder David Levitt (LA ’88) noticed a lack of sufficient emergency medical care on campus, according to an article in the Spring 2016 edition of The Pulse, TEMS’ semesterly newsletter. He and fellow EMT Craig Vinch subsequently worked to gain TCU recognition for the group, which began to fully operate in the spring of 1986.

“At its start, TEMS only had four members, together managing to cover every night shift during the week and 24 hour shifts every weekend,” the article reads. “They worked out of a small office in what we now know as the Women’s Center. Due to their lack of a vehicle, TEMS members either left their supplies in TUPD cruisers, or carried the bags themselves, walking (or running) to every call they received.”

Now, thirty years later, TEMS has a total of 42 members, with 17 of them being new additions in the 2015-2016 academic year.  Since its inception, the 24-hour service officers have responded to over 9,300 calls, according to The Pulse article.

During the celebration, TEMS’ leadership members shared plans for the program’s future.

“TEMS has grown by the hard work of each year’s board and members, coming up with new ideas to improve our presence on campus, as well as improving the resources we can offer,” TEMS Executive Director Hank Weinstock told the Daily in an email. “Looking towards the future, we are revamping our use of alumni to provide higher level medical trainings, as well as increasing the number of CPR instructors and size of the PE 131 EMT class so that we can offer more training to the community.

Weinstock added that the group is also working to improve internally.

“One example of this is now having two in-house certified Emergency Vehicle Operator Course (EVOC) instructors,” he explained. 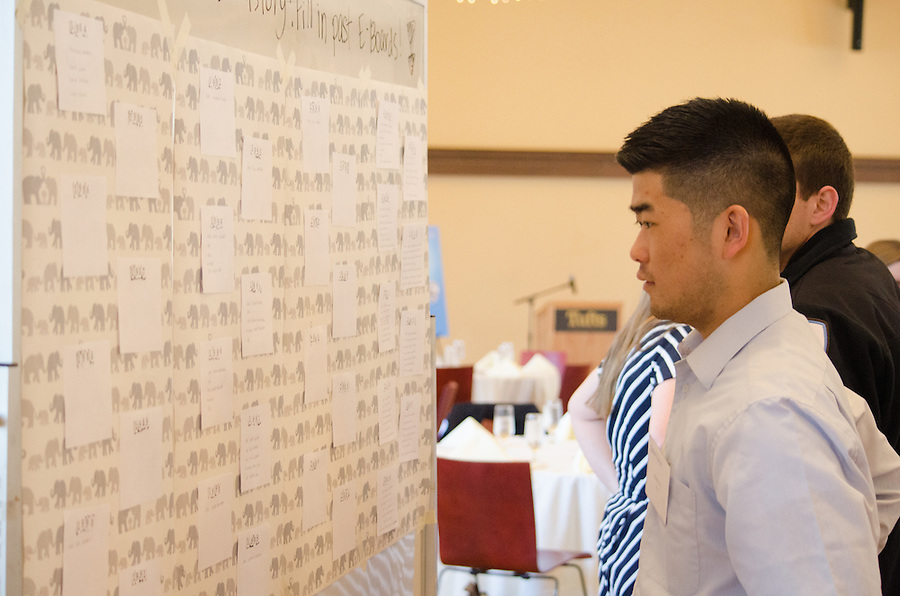 Current and former TEMS members gather at 51 Winthrop on Sunday, April 24 to celebrate TEMS’ 30th anniversary. A current TEMS member examines the names of all past TEMS Executive Board members displayed on a sign. (Alex Knapp / The Tufts Daily)

The addition of CPR instructors and EMT classes has allowed further advancement of the program, he said.

Maeve Byrne, a first-year in PE 131 EMT, explained that while these EMT classes are not required for acceptance into the TEMS program, they are an excellent resource.

“All of our teaching assistants are on TEMS, so talking to them about their experience encourages students to apply,” Byrne said. “Once you go through the course, you test for an EMT license and afterwards you can apply to TEMS if you want to. As far as I know, most people in the class want to apply.”