Edward Dugger Jr. (E ‘41), a record-setting track athlete and mechanical engineer, was honored by a crowd of 50 people last Friday evening in a ceremony co-hosted by the Africana Center and Athletes of Color. The ceremony was held as a re-dedication of the the plaque placed in the alumnus’ honor at the Ellis Oval complex.

According to Africana Center Director Katrina Moore, the plaque is a marker of African American history at Tufts that encourages Tufts and its community members to recognize Dugger Jr.’s historic presence and be inspired by the accomplishments of former black students on campus.

Dugger Jr.’s achievements as a student, a fraternity brother and an athlete of color brought members from all facets of his life to share words of inspiration and respect at the plaque re-dedication event. A few athletes of color from Tufts were invited to share some words about the lessons they learned from Dugger Jr.

Senior Ife Adebayo described how Dugger Jr.’s accomplishments related to his life as an athlete of color at Tufts.

“Being an athlete of color puts you in a smaller bubble, [a] smaller community,” Adebayo said. “[Moments] like this are unbelievable because you get to take a break from that grind to see there’s so much out there, there’s so much history at Tufts, so much that Edward Dugger [Jr.] has done that has made our lives much easier and so much better.”

Dugger Jr. saw several successes during his time as a Tufts student, including winning over 24 New England Intercollegiate wins Eastern Intercollegiate, Amateur Athletic Union, Penn Relays and National Collegiate titles as a sprinter and a hurdler. He also paved the way for non-white student athletes through leadership roles, as the first captain of color of the Tufts indoor-track team and the co-captain of the men’s outdoor-track team, according to the website for his fraternity, Omega Psi Phi.

Many even considered Dugger Jr. a one-man track team, since he held 49 individual titles during his three-year varsity career, according to a 1990 newspaper clip shared in an April 14 Facebook post on the Africana Center’s page. Additionally, he was an active member of Omega Psi Phi and served as secretary of his senior class, Branwen Smith-King, assistant director of Athletics, said. 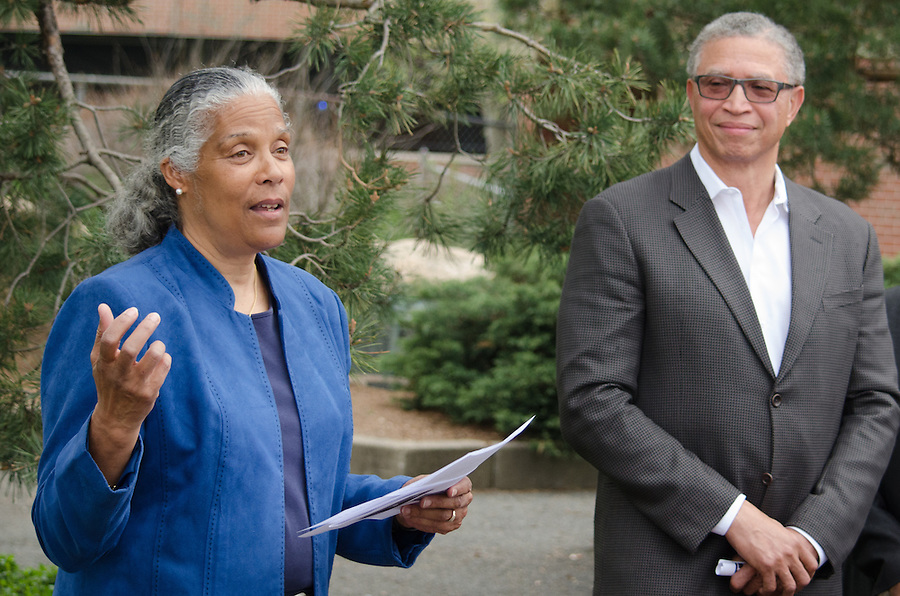 Members of the history committee of the Gamma Chapter also came to the plaque re-dedication to speak of Edward Dugger Jr’s achievement and impact on Tufts as an institution. According to its website, Omega Psi Phi is the first international fraternal organization founded on the campus of a historically black college, and the Gamma Chapter is specific to the Boston area. David Carl, a Gamma representative who graduated from Tufts in 1996, highlighted Dugger Jr.’s range of accomplishments as something to aspire to, and attested to his quality of character as well.

“He stands today as an emblem of what we want to be, those of us who consider ourselves athletes, scholars or leaders in our communities,” Carl said. “We’re not going to forget the rock that this track team was built on, that this university was built on–those principles…We’re going to keep this name going because we want to keep these principles going.”

According to the honoree’s son Edward Dugger III, who spoke at the event, Tufts first recognized Dugger’s accomplishments and impact on the Tufts community when the plaque was originally made in his honor in 1990. However, in the years afterward, Dugger III said he had difficulty finding the plaque in its original location, and believed it had disappeared.

According to Director of Digital Collections and Archives and university archivist Dan Santamaria, Moore reached out to him to find the plaque, and by using documents about the Dugger family, Santamaria was able to find that the plaque was in its original spot by the track, but was hidden by surrounding ivy over the years.

Over 25 years later at the ceremony, Dugger III, who graduated from Harvard University and also ran during college, spoke of his father’s accomplishments and encouraged students to find power in his father’s achievements. At the re-dedication ceremony last Friday, Dugger III gave the same speech he gave at the first ceremony celebrating his father.

“There have been many times in my life when the odds were heavily against me, and I felt nearly overwhelmed by the prospect of defeat or failure,” he said. “It has been at those moments that I have summoned [my] father — whether he was living or dead — and said to him, ‘Will you run this one with me?’ And he has.”

Kendra Field, the interim director of the Center for the Study of Race and Democracy (CSRD), spoke at the ceremony about the importance of honoring alumni like Edward Dugger Jr., in order to connect students to the African American history at Tufts.

Field highlighted the Black Freedom Trail which, according to a March 7 article of the Daily, is an on-campus and off-campus guide created to connect the physical markers of Black presence at Tufts and in the Medford area. She said she finds great value in students knowing and sharing this history during their college years.

“One of the things about being in college, for students, is that it’s ephemeral. Four years and you’re gone,” she said. “The importance of institutional memory, of passing down stories, of sharing the names and the contributions of people is sometimes all we have, and [is] very important.”

The plaque is now a stop on the Black Freedom Trail, and according to Moore, this list of physical markers will continue to grow as research continues.

Moore believes the plaque should honor the work of current student athletes as well as athletic accomplishments.

“I’m just happy we’re able to bring the visibility of this plaque back to Tufts, and not only to bring visibility to Edward Dugger and his accomplishments, but to give a thanks to student athletes who do what they do, and we don’t recognize that as much as we should,” she said. “We don’t let them know how much we appreciate them for their commitment to their sport and Tufts. And so, I’m happy that we were able to have them recognized as well.” 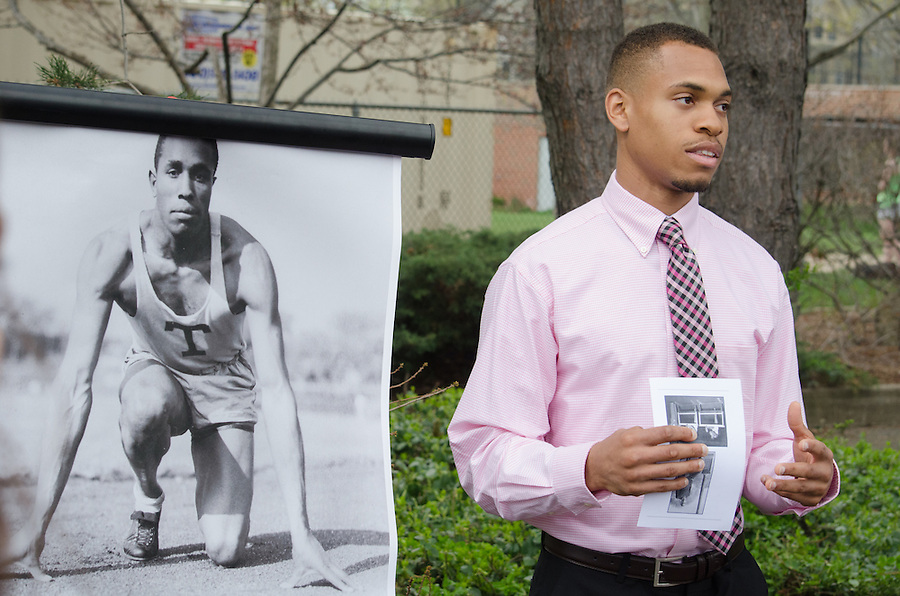